Fishing is one of those hobbies that can be as rewarding as it is relaxing but most fishermen will agree that not catching anything can be very frustrating especially when you see other fishermen reeling in monster catfish.

Sometimes fishing is all about luck but there are those times that you see other fishermen filling their stringer with monster catfish while the only bites you get are from mosquitoes.

Times like those will start to make you lose faith in your catfishing system and you may find yourself in search of the best monster catfishing tips. 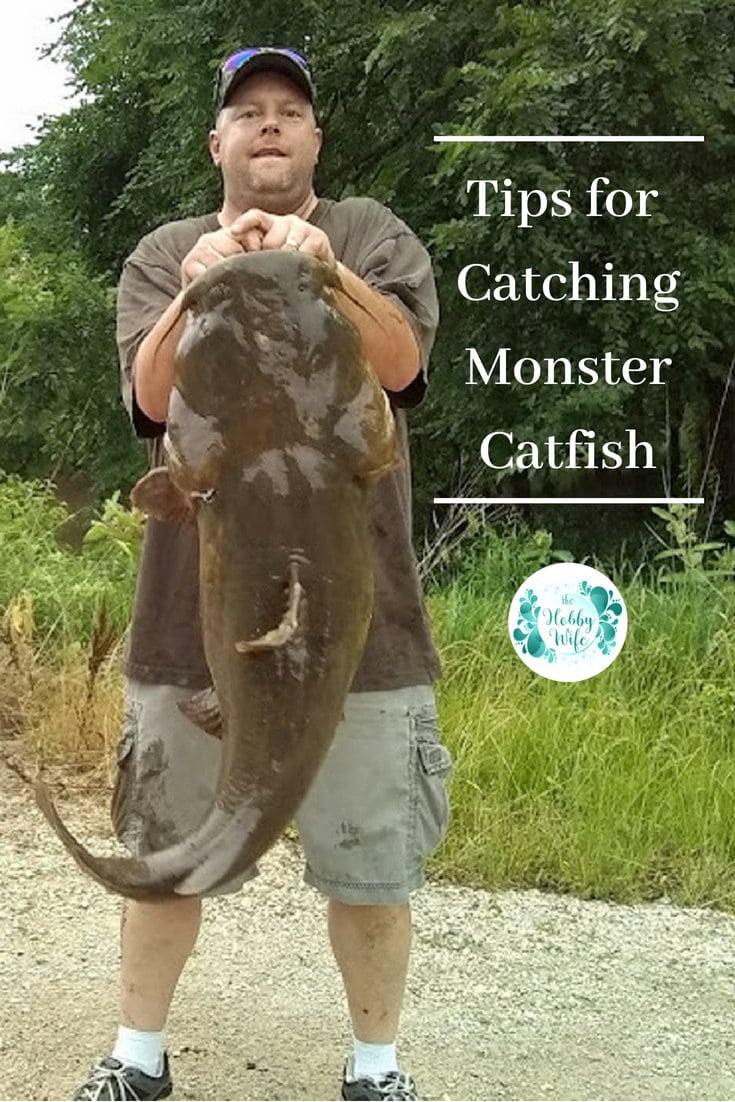 Have a Plan & Create a Monster Catfish Catching System

That is the funny thing about my husband, he truly does have a system that works and it is pretty impressive if I do say so myself. 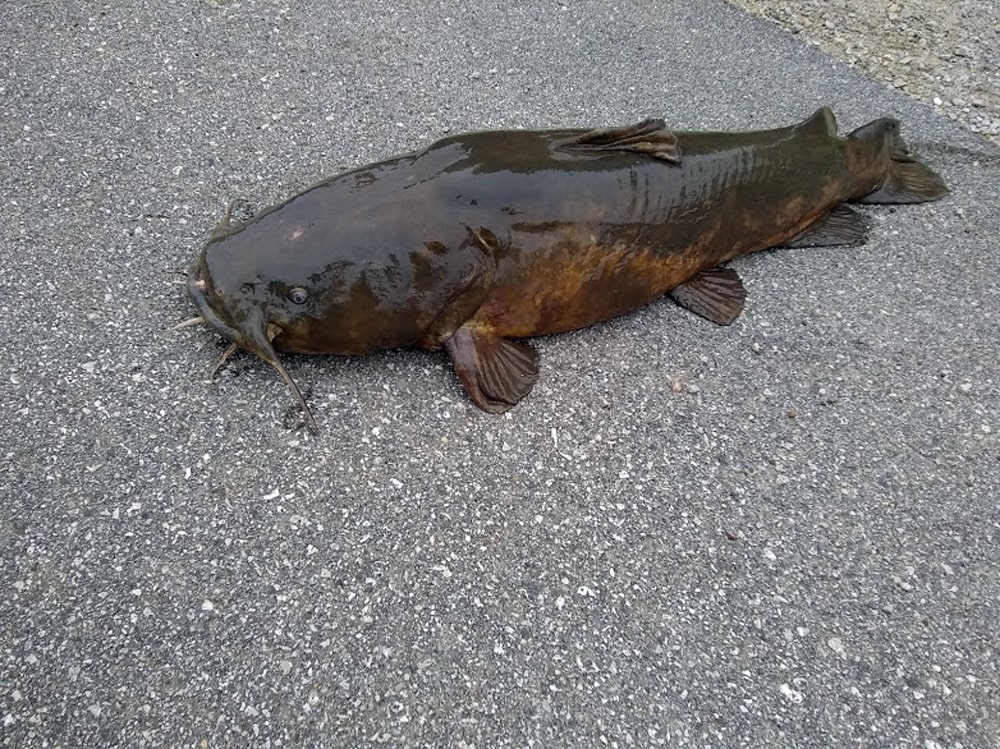 If Your System is Failing, Adopt a New System

When I was a kid, fishing was an all day thing that cost quite a bit in order to get the right equipment each time as well as the right spot for prime fishing.

You would think with all of that expensive preparation and hours of fishing that my family would have caught record numbers of fish each and every outing but you would be as wrong as their system for fishing was.

We hardly ever caught enough to make a dinner that night and most of the time the fish we pulled in was something we settled for as it became apparent that our most sought-after fish were not biting that day.

That is never the case with my husband, he knows which fish are biting at which times and what is the best bait to draw them in. 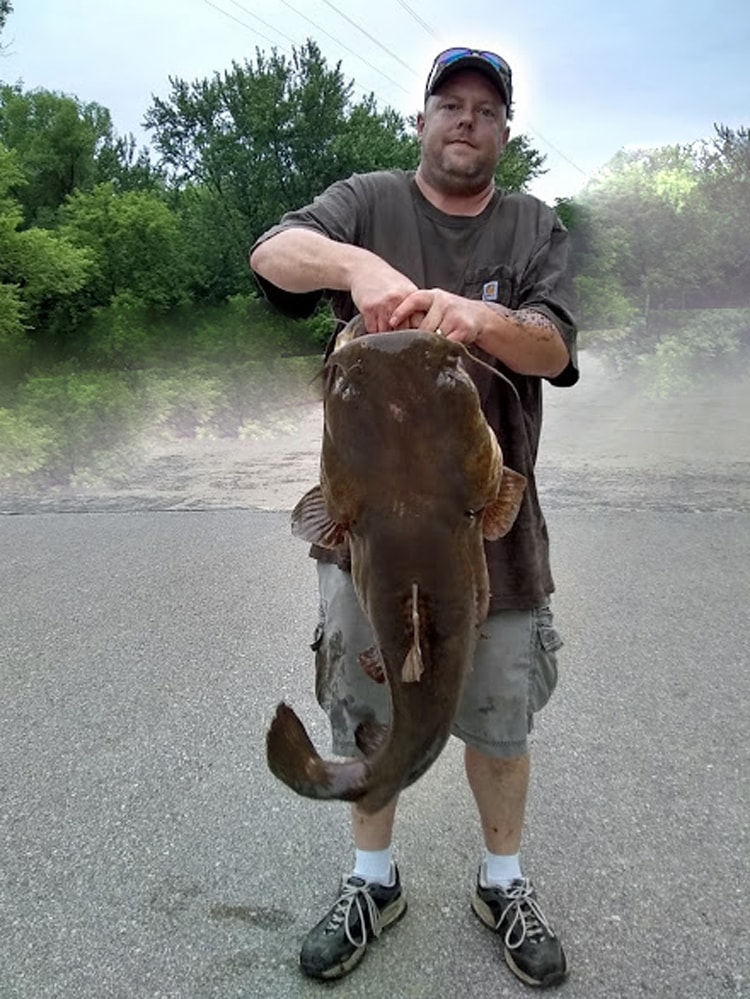 That monster catfish pictured above was caught on a live bluegill in the early evening right before the sun began to fall behind some trees out of sight.

It seems the best time to catch catfish is at night and that goes for all of the “big three” kinds of catfish which are blue, channel, and flathead catfish.

Live or cut up Bluegills, Nightcrawlers, and Shad are the baits we have had the most success with while fishing for monster catfish.

Making sure you have plenty of bait on hand may seem like an obvious tip but this is something I am always shocked by, fishermen who ran out of bait and are forced to give up their spot when having to run to the bait shop.

That brings me to the next tip if you really want to catch monster catfish you have to be in it to win it like my husband is, seriously this guy sets up shop hours before it’s actually time to expect a few bites.

When night fishing he usually gets the car packed full of everything he could need around 3 or 4 at the latest and even then he worries that someone will be in his spot before he ever gets there.

Just like with everything else in life, you have to put in the work before you can ever expect a return on your investment of time and effort, the same goes for fishing. 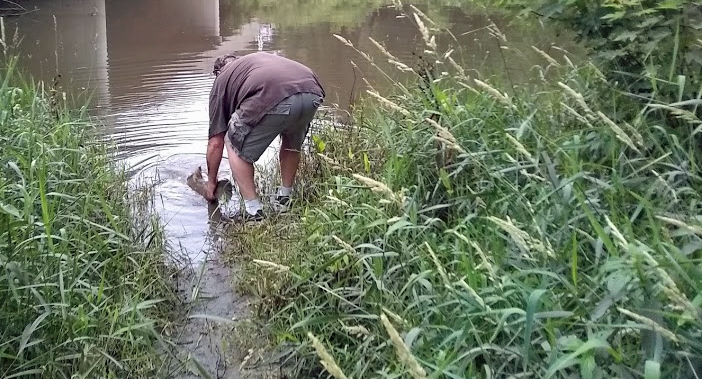 Like I mentioned earlier, catfish are more likely to be caught in the evening and throughout the night so heading out just before sunset is a great way to set yourself up to catch monster catfish.

Another factor to keep in mind when planning your fishing trip is the water level.

If fishing for catfish in a creek it is best to head out right after a heavy rainfall that forces the river water into the creek, filling the waters with monster catfish.

I hope these monster catfishing tips help you pull in a record-breaking monster catfish and when you do, be sure to share what system worked for you below in the comments section.

Until then, share this post on social media so your friends can learn how to catch a monster catfish, too.