In my opinion, one of the best parts of any road trip is finding unique roadside attractions to visit along your route. When my family was headed out West to visit Yellowstone National Park, we looked for anything worth stopping at to help break the trip up and one of those places was Wall Drug, located in South Dakota.

Everything I read about the town of Wall, South Dakota was basically telling me to go to Wall Drug and since I was going to be passing through anyway, I decided to stop in and explore the world-famous store. 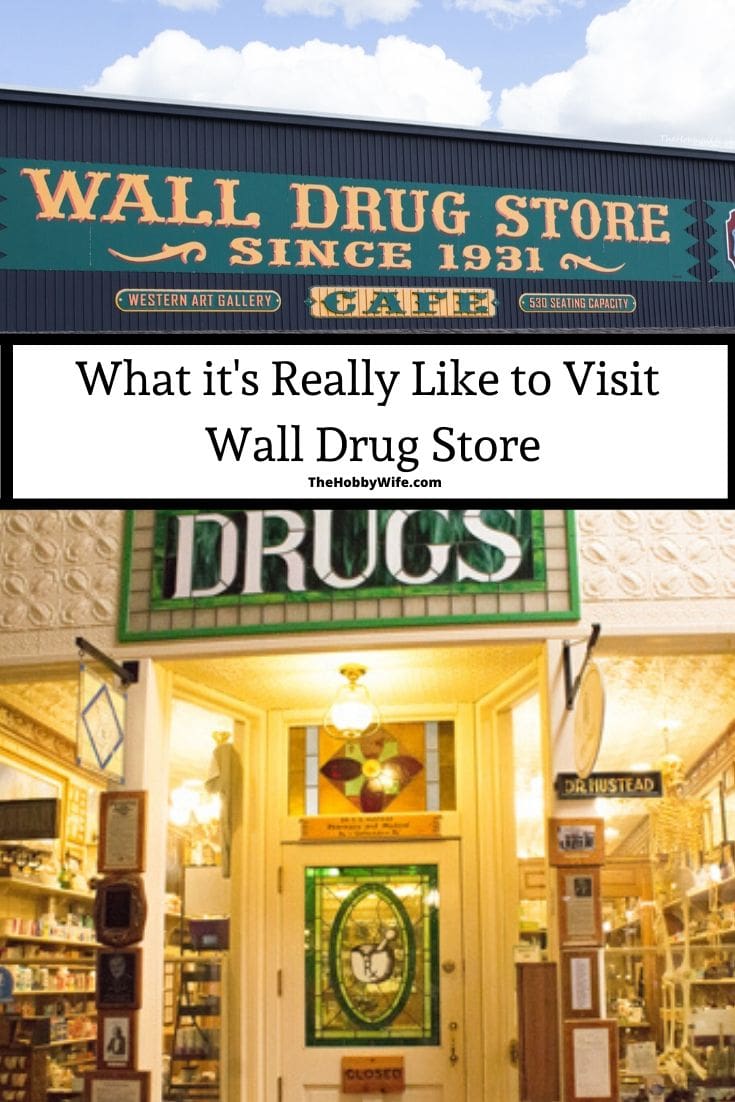 When planning our road trip, I read a lot of facts about this tourist attraction but it was going to be more of a tourist trap with overpriced souvenirs and crowds of travelers stopping in along their way out of town. 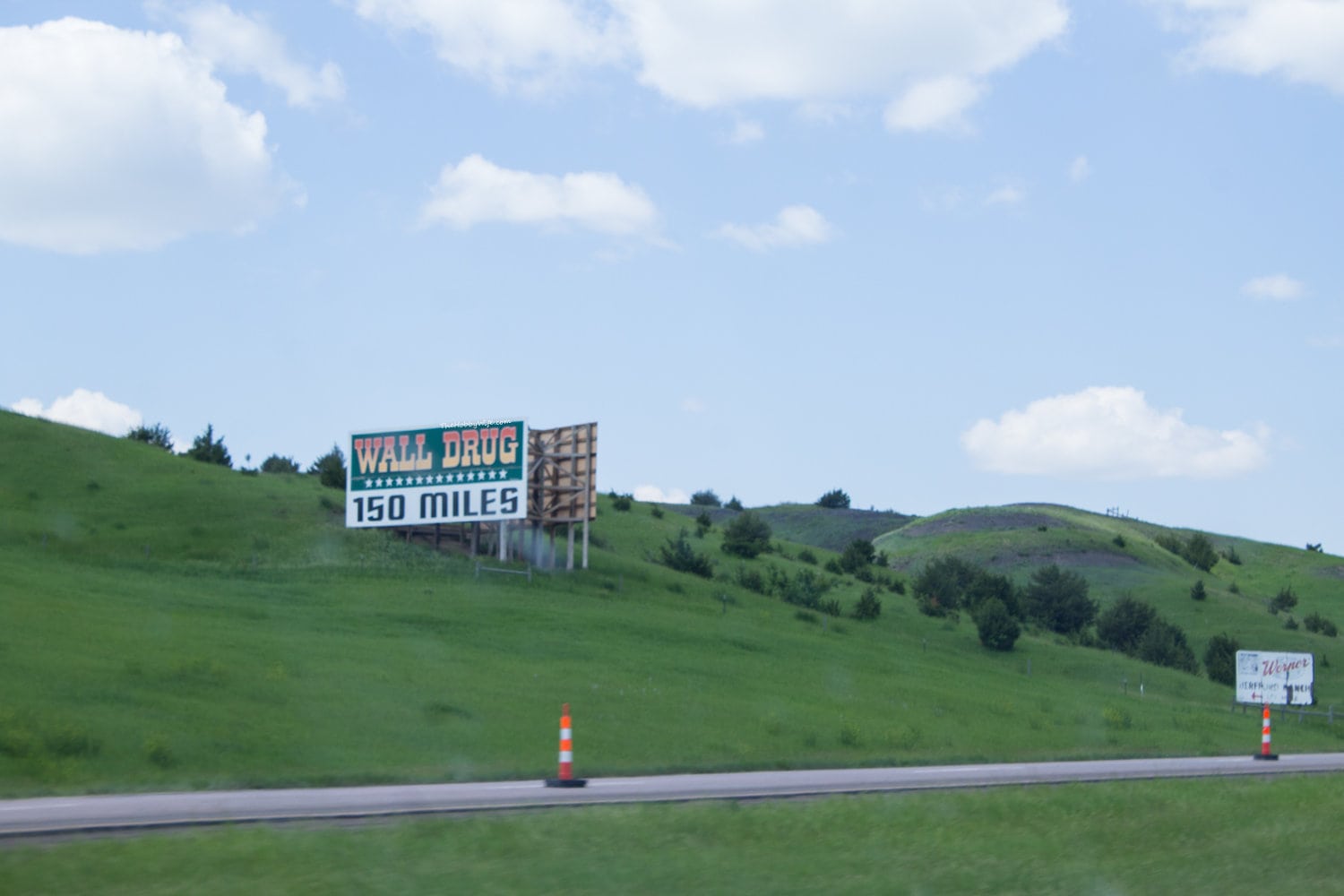 That didn’t really sound like something I wanted to experience but after driving past at least 200 Wall Drug signs on the side of the road, it seemed ridiculous to not at least stop in to check it out.

Seeing all of those signs on the highway reminded me of an episode of I Love Lucy called First Stop. In the show, they are driving to California from New York and they kept seeing signs for Aunt Sally’ s Pecan Pralines every few miles only to eventually pass it up without stopping. There were so many signs along the roadside that Lucy mentions how she feels obligated to stop in and visit Aunt Sally because at this point she felt like an old friend. 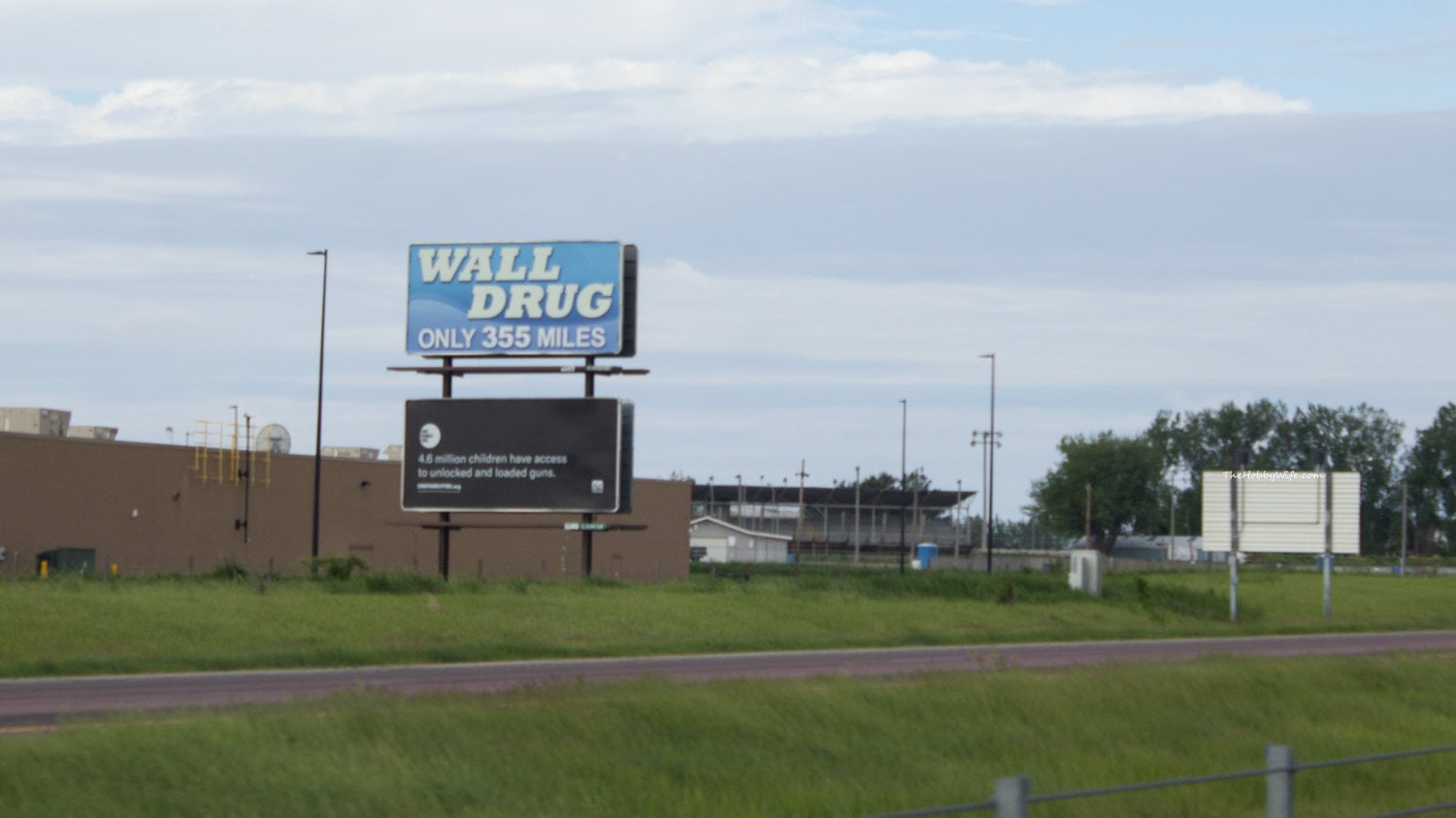 It turns out that everything I thought about Wall Drug was true, it was crowded, there were lots of things for sale, and there was really nothing else to do in town. We had plans to visit the Badlands but it wasn’t on our schedule until the following day so we decided to check out Wall Drug for ourselves. 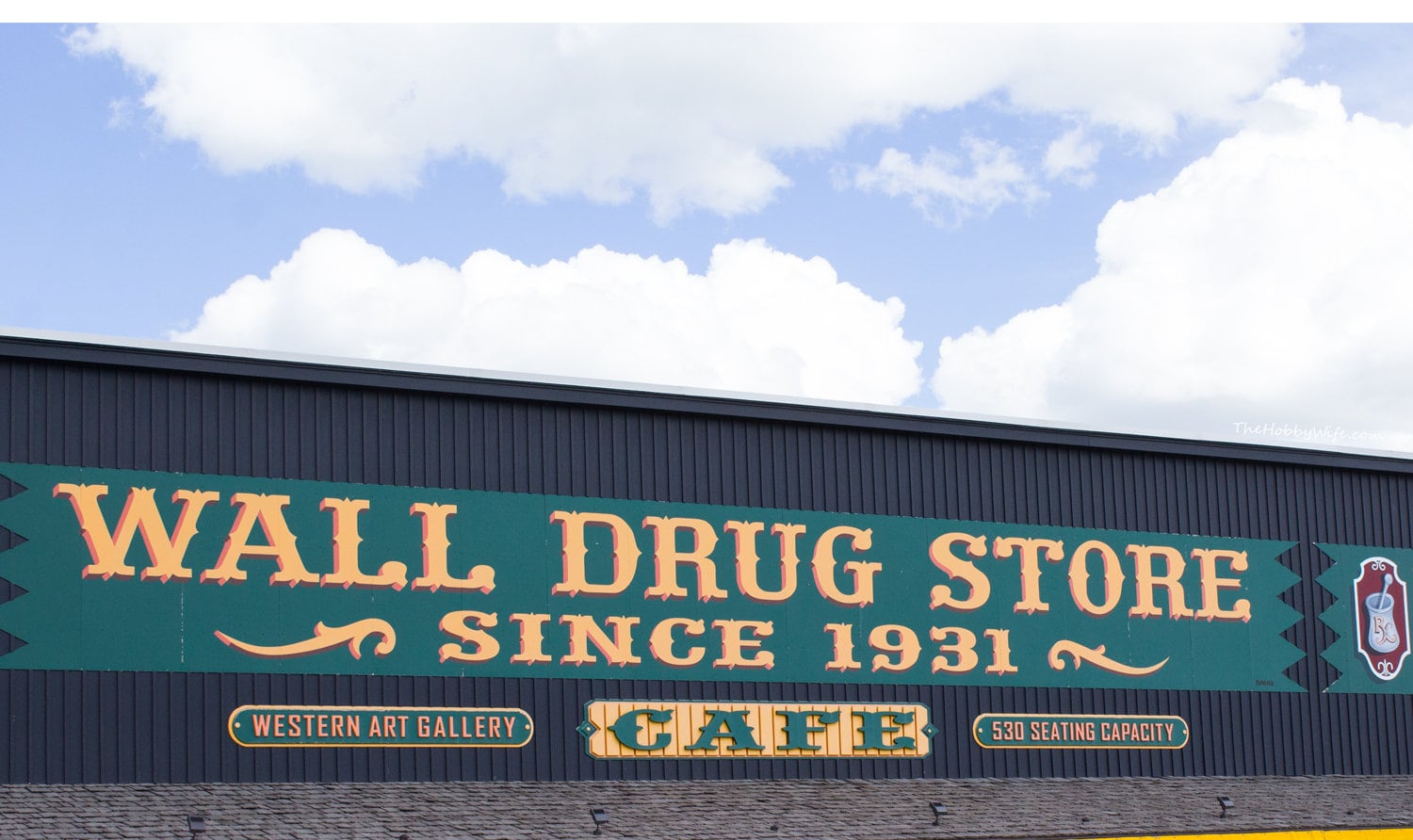 The first thing I noticed when pulling up to Wall Drug was how much smaller it looked than I expected. I was expecting a huge warehouse but this looked more like a strip mall with a crooked parking lot barely big enough to keep up with the constant flow of traffic. 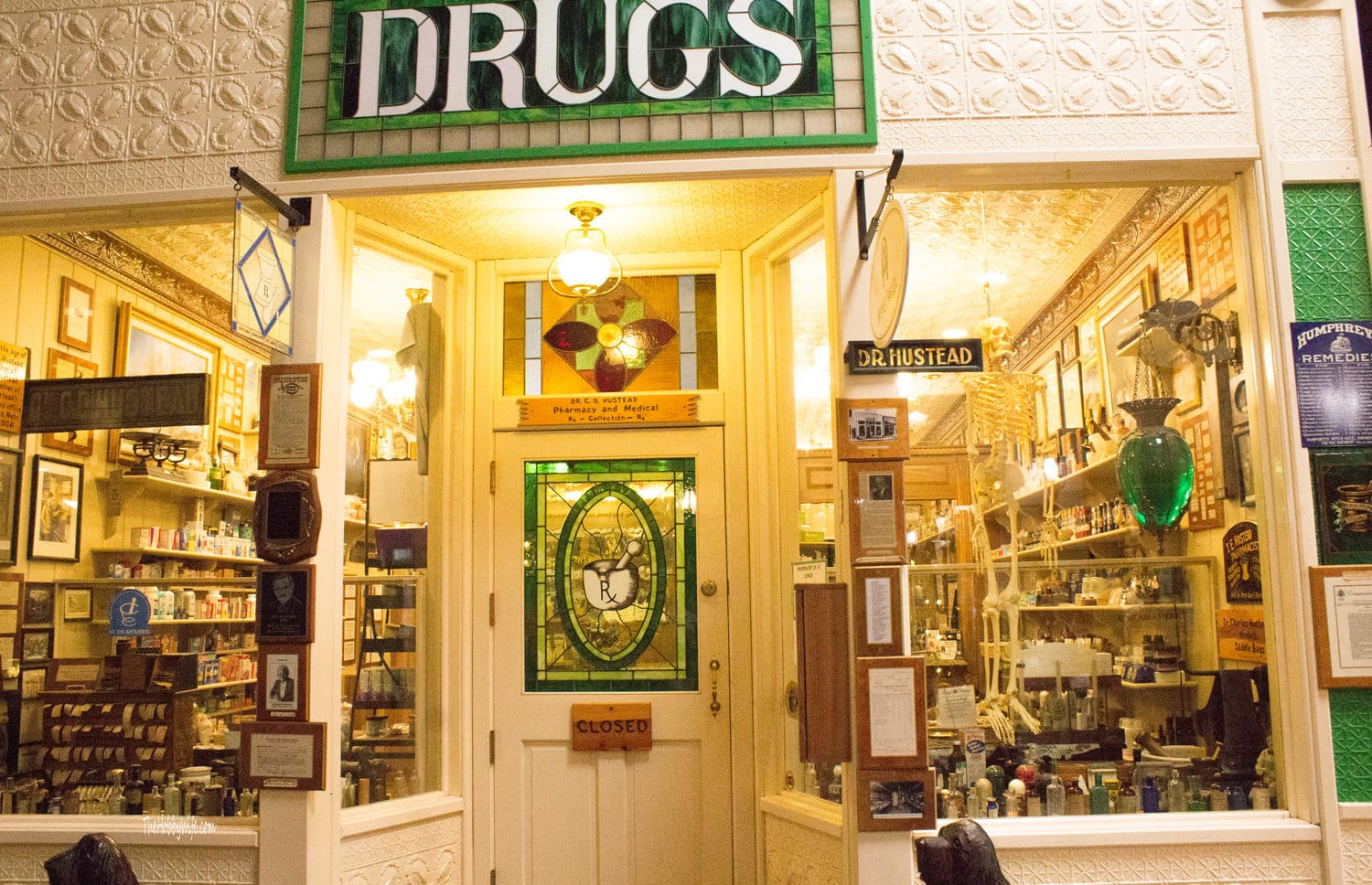 Once we had headed into the different stores within Wall Drug, we came across a few picture-worthy spots. I really liked the look of this old school pharmacy set up inside. I could imagine going into a place like this to buy old-timey drugs for tiny Tim or a Wonka bar for Charlie. 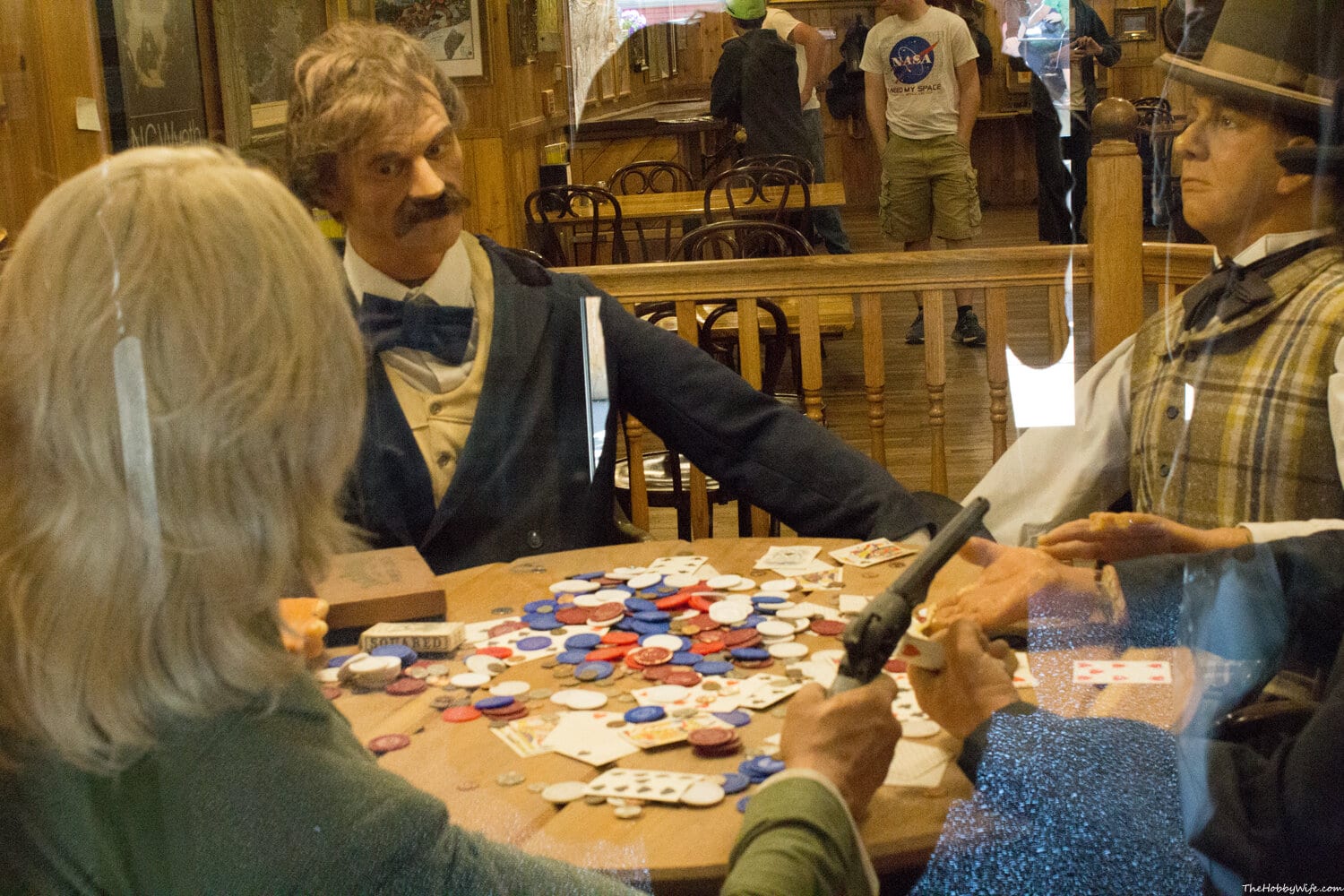 I also enjoyed seeing the different scenes set up throughout the store, especially this poker game that looks like a popular scene from lots of Westerns I watched as a child. 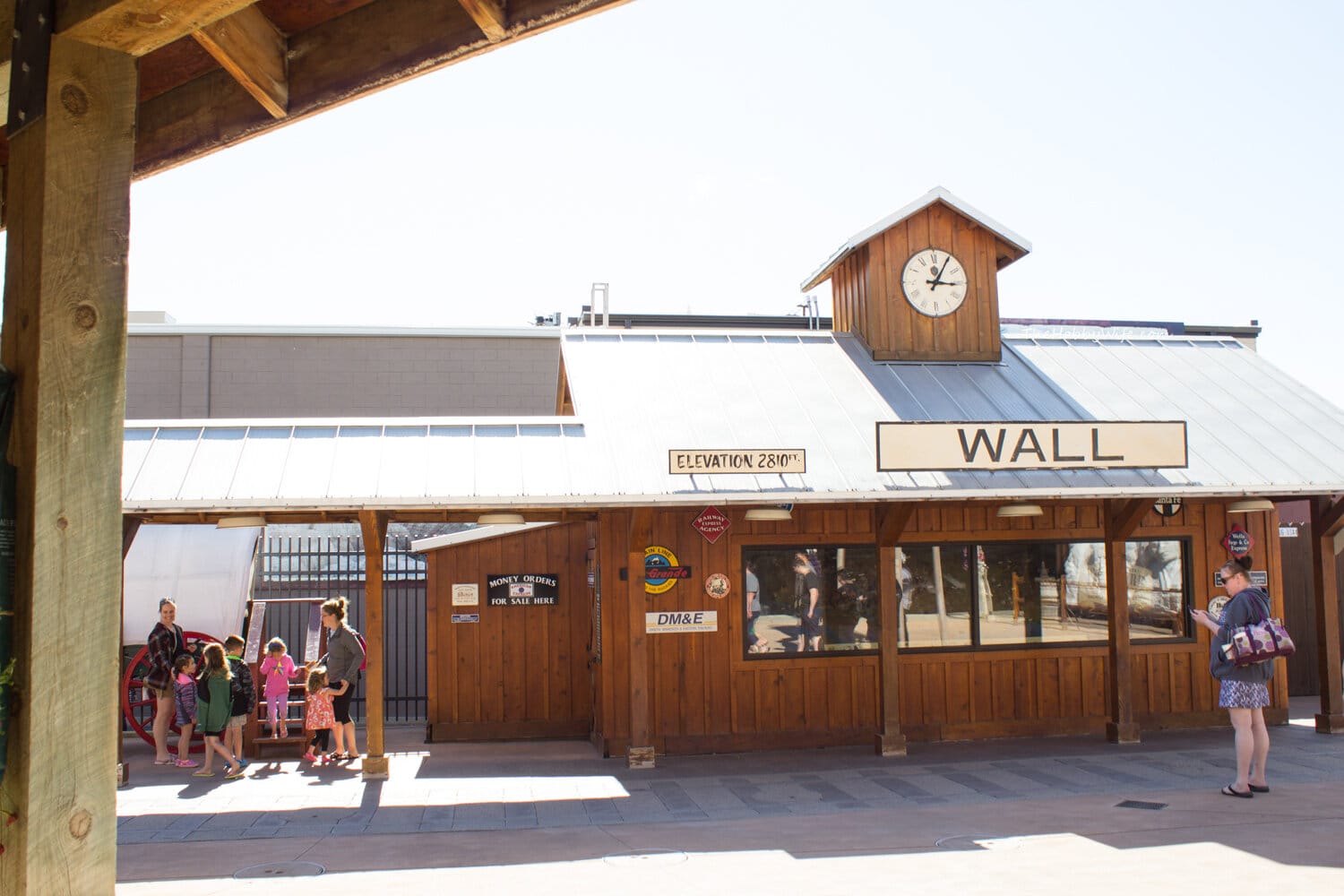 The only downside to the cool photo ops throughout Wall Drug is that everyone flocks to them. It can be really difficult to get a shot without having random people walking into your perfect shot. 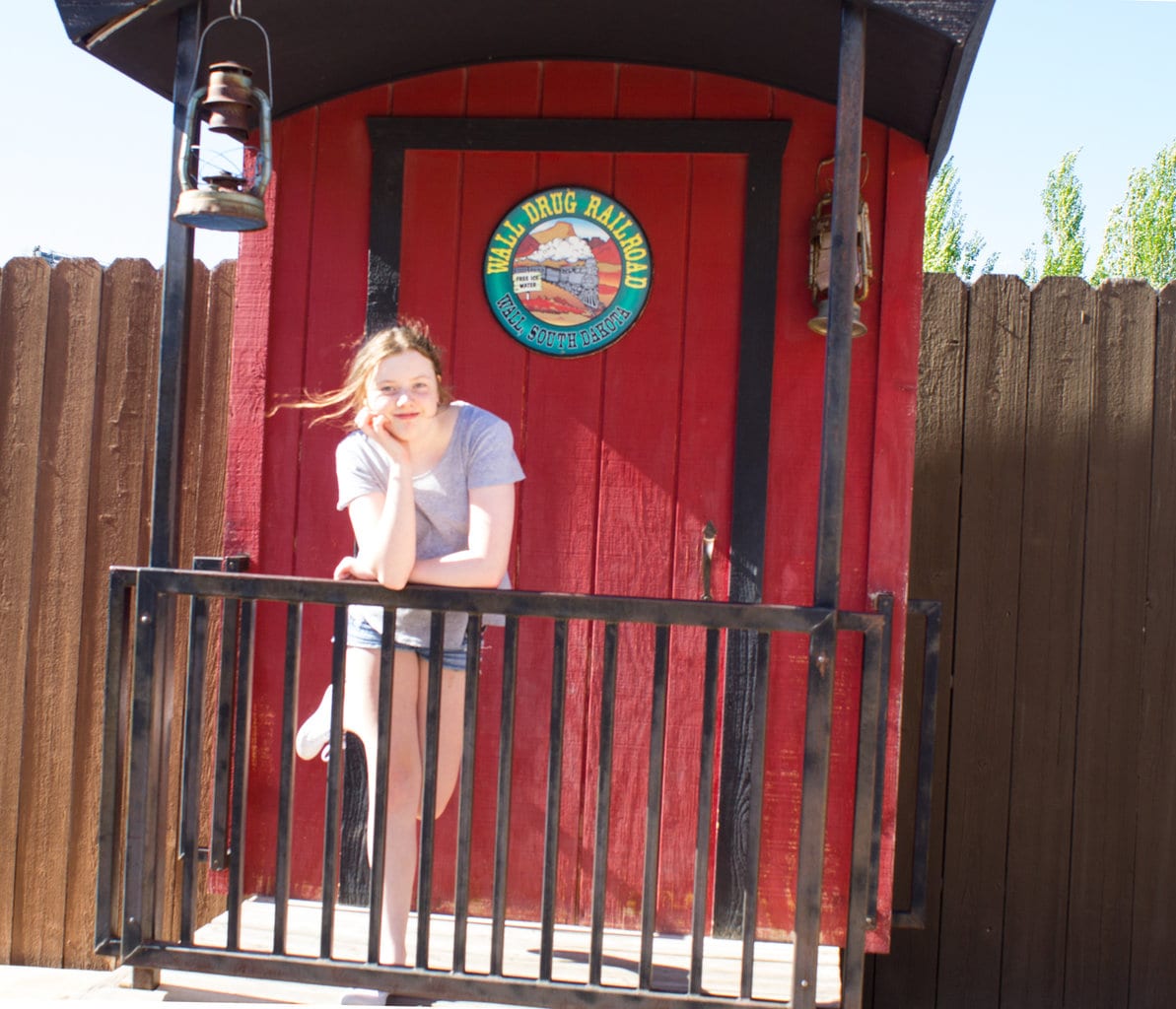 There are still plenty of places to sneak off to and snap a picture but watch out for unattended children. We tried to get a picture of my daughter inside of a wagon in the back of Wall Drug but the constant flow of kids kept hopping in so we just rolled with it. 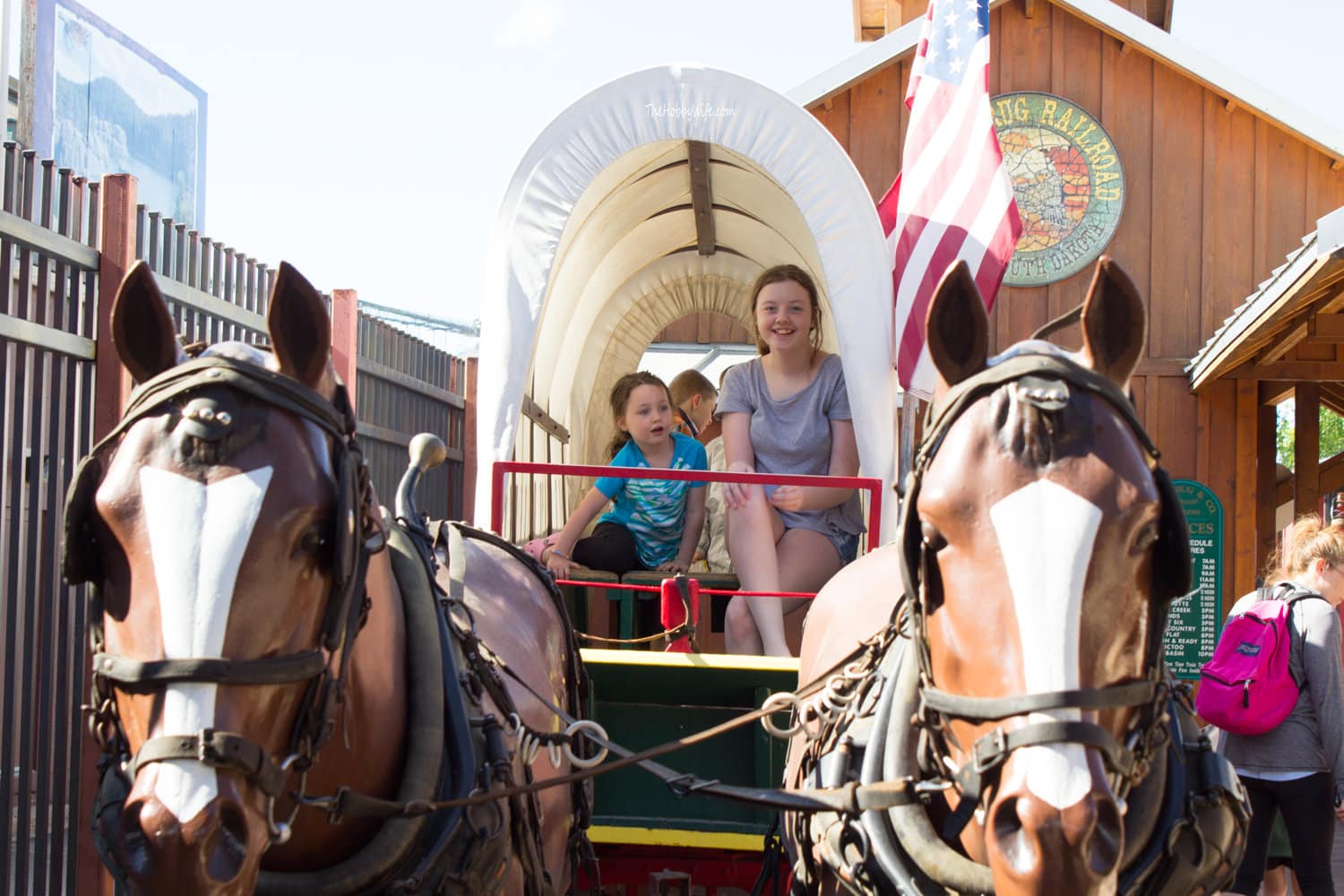 We don’t know those kids and their parents didn’t seem to care about making them wait their turn so they are now in my photo, I take that as consent to share it online. Judging by the parent’s lack of monitoring their children’s whereabouts those faces will probably be online again in a missing person ad.

Despite the fact that rude people usually get on my nerves, I was able to see the humor in the moment. Plus the ridiculousness of the situation was enough to make my daughter laugh and that makes for a good picture. We found a lot of things to laugh about while exploring Wall Drug. We even found some of the merchandise to be quite funny, like this box of hands for sale. 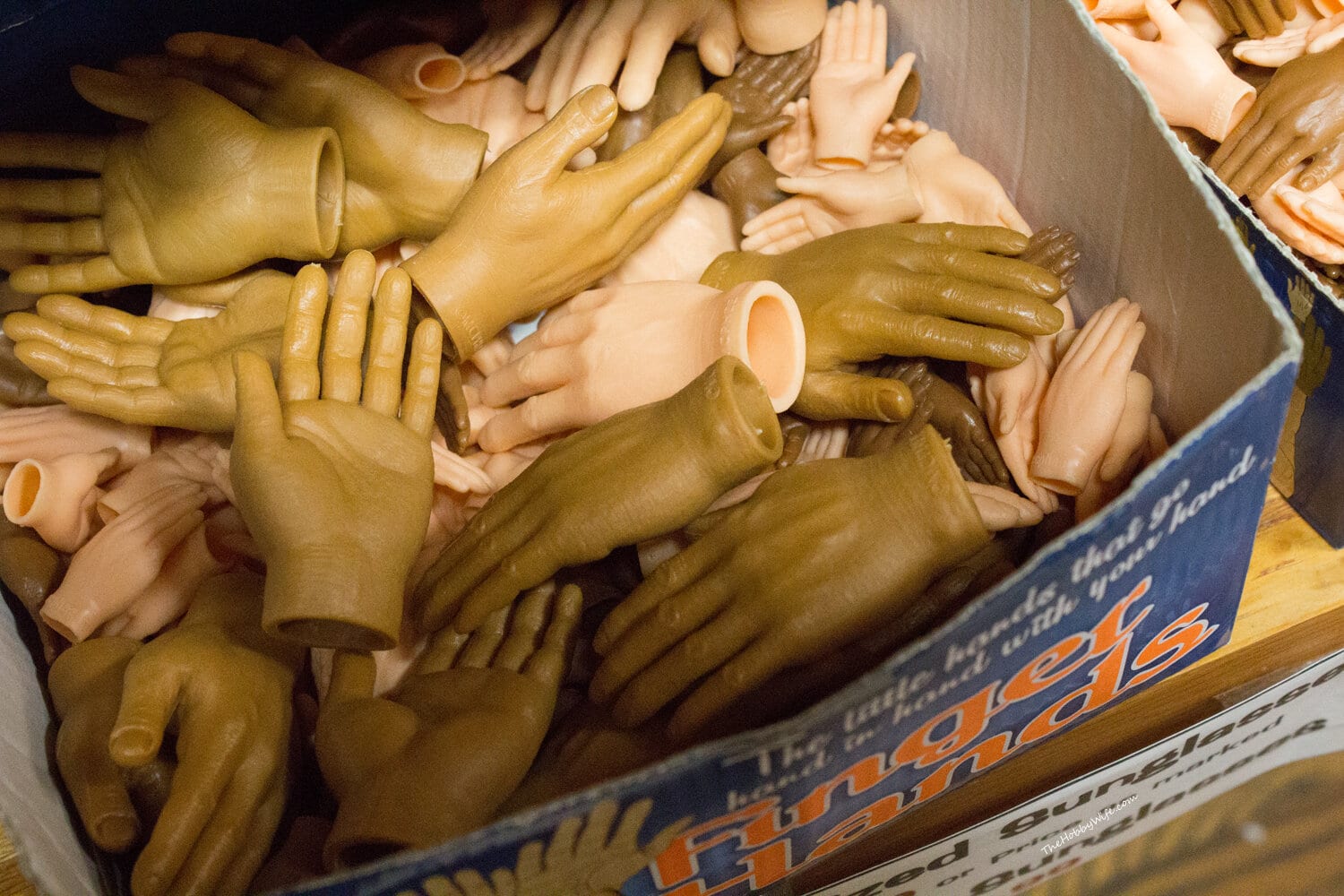 I still have no idea what the purpose of those hands are and who would drive out to Wall Drug to stock up on tiny plastic hands but they made us laugh so I took a picture. 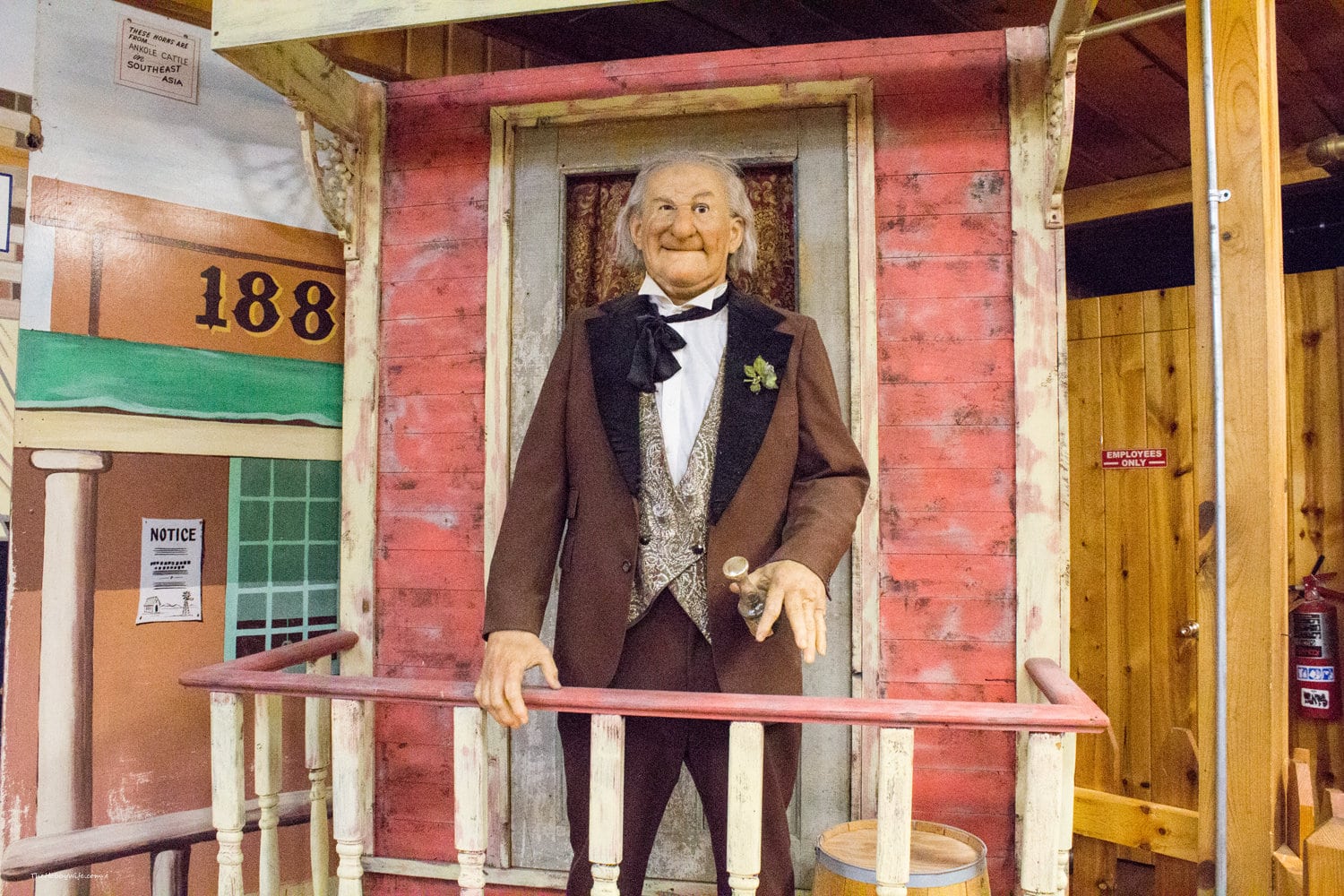 When walking into one of the shops inside of Wall Drug we stumbled upon this handsome fella named Dr. Feelgood. We noticed a coin slot and some speakers but before we could decide if it was worth the change, someone else fed the machine and we got a free show. It turns out my daughter thought Dr. Feelgood was the same one that Motley Crue was singing about. That made me giggle but nothing will top what happened next.

While looking through some clothing racks my daughter came across a bunch of rompers but they were in the baby section as you can see from the onesies and tiny clothes on the left side of this picture. That didn’t stop her from finding a romper that she wanted and although it was made for a toddler, this teenage girl actually asked me if I would buy it for her.

I told her that if she put it on over her clothes in the middle of the store to see how it fit, I would buy it for her. This was my failed attempt at embarrassing her, I really thought that she would be too shy to make a spectacle of herself in the middle of Wall Drug but she did it. 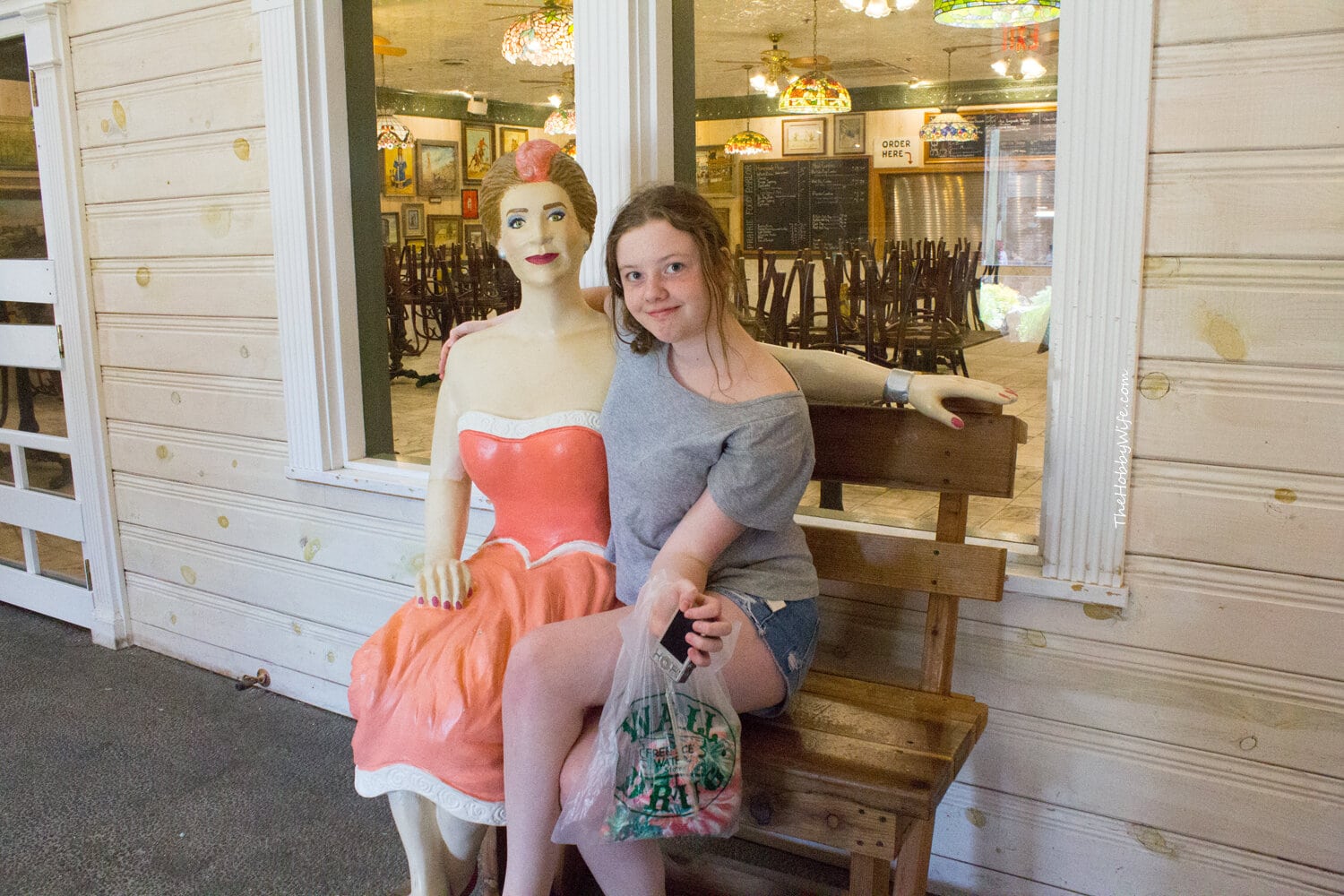 Not only did she somehow manage to get this tiny romper stretched out over her teenage body but she actually looked good in it and the whole time she was trying it on people were staring, and we were laughing so hard we were crying. So she got it and every time she wears it, I will think of us giggling like children in the toddler section. What a great souvenir! 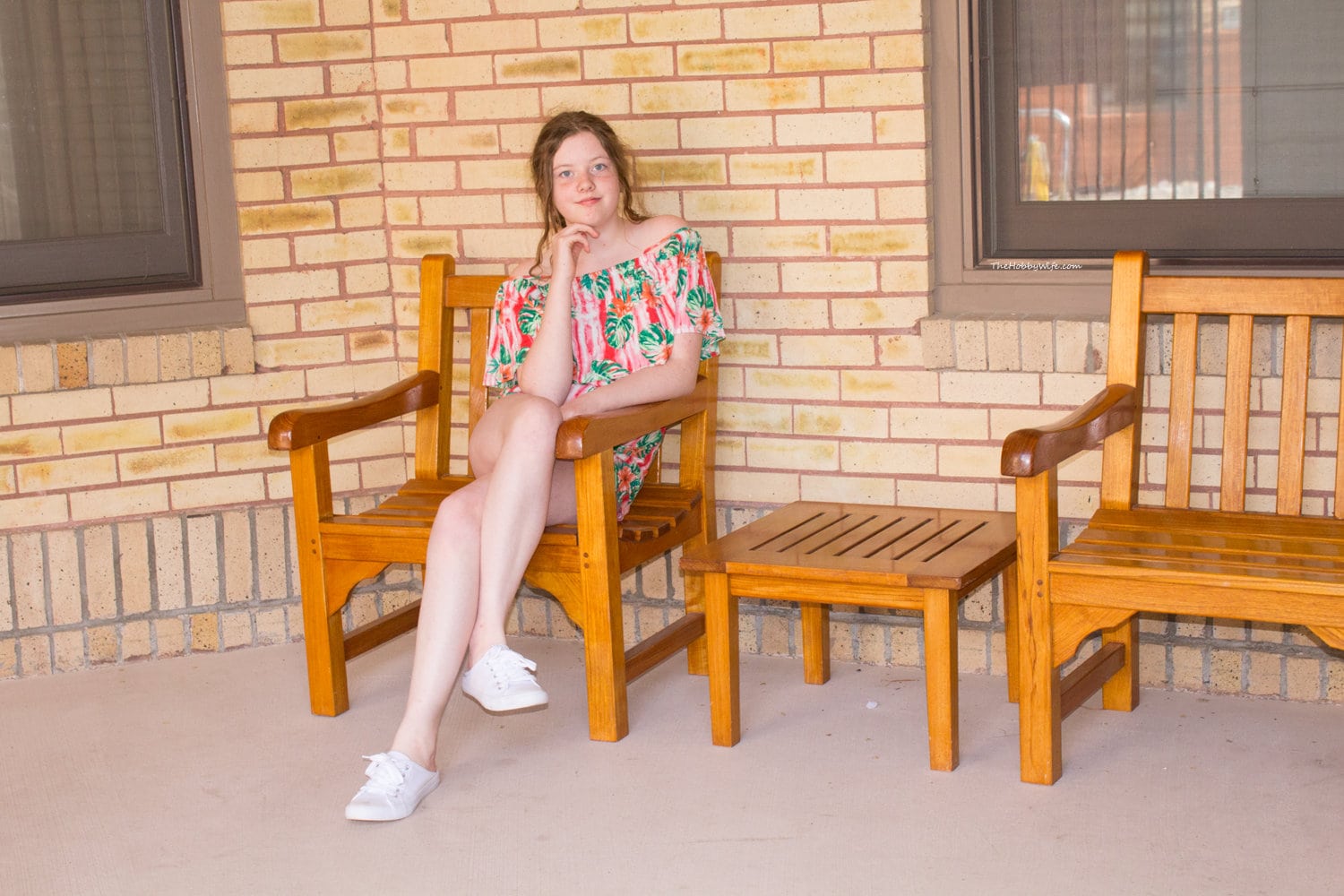 So if you are passing through the area, Wall Drug is worth checking out. There are lots of photo opportunities inside and out so be sure to bring your camera! Have you ever been to Wall Drug in South Dakota? What are your thoughts on this roadside attraction?

A Visit to the Amish Community of Delaware County, Iowa
Everything You Need to Know about Thermopolis, Wyoming
Road Trip to the Amish town of Kalona, Iowa
Foodie Road Trip